August 20, 2016
Thankful and grateful that my favourite husband is also my coach and cheerleader.  The access to the lovely spot we stayed in last night, is a very steep, short downhill laneway with a sharp turn to the right and up to the parking lot.  Did I mention we're on our motorcycles?  This laneway must be somewhere about a 35 or 45 degree grade.  You've seen them, they should have switchbacks.

On the way out, you of course have to stop at the top, and jump into traffic. With the bike on a 45 degree angle.  Did I mention we're on Goldwings?  Which is actually a good thing, because they have awesome first gears, and maneuver these grades like champs - even I can do it!  After I get a cheering on by my bestest husband.  He's so good - doesn't even roll his eyes.

We zoomed out of Ontario and it's lovely Canadian Shield with rocks and lakes and trees and rolling hills, into Manitoba's grassy flatlands.  Lots of straight.  A few gentle rolls, right on into Saskatchewan.

Random thoughts and sights today ...
Today is Tragically Hip day - all of Canada is watching the CBC broadcast (without commercials!) of their final performance in Kingston.  All the feels ... 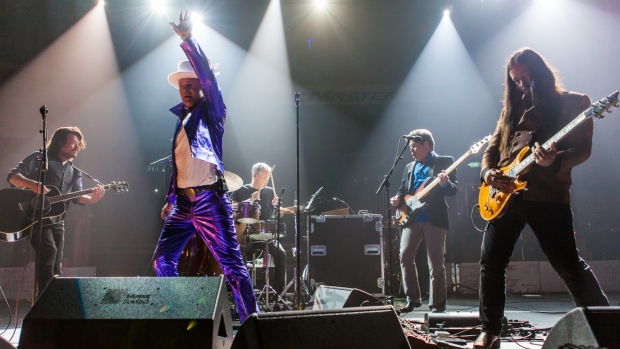 We had dinner at Brown's SocialHouse in Yorkton SK, where they turned (most) of their tv screens from the SK/HAM football game, to the Hip concert.

This is a photo of the graffiti on the washroom door at one stop today ... 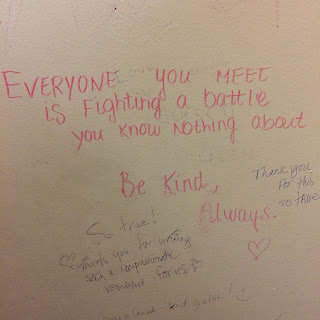