Auriful Designer of the Month - Swirl Away 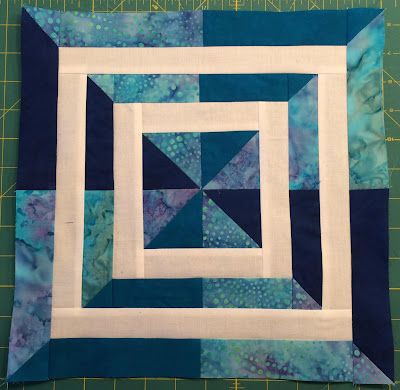 Pat Sloan is one busy, busy quilter!  She is also putting together Aurifil's Designer of the Month block program.  This is January's block, called "Swirl Away", designed by Heather Valentine of The Sewing Loft.

I printed off the directions shortly after the block appeared, but didn't tackle it until this week.  As I was putting it together, realized that neither the cutting nor layout directions were quite right.  Went back to the website - the pattern had been reprinted, but no note (except in the comments) indicated that the pattern had been updated or corrected.  That would have been classy to do.

Aurifil Designer of the Month Pat Sloan Swirl Away
Reactions: