September 02, 2015
Two days travel ... from Wall SD through the Badlands National Park along Hwy #240, along Hwy #44 almost to Rapid City, south on #79, then through Custer State Park, finishing the day in Rapid City SD. 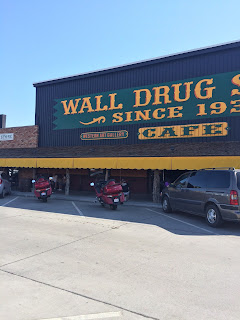 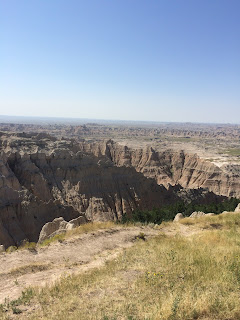 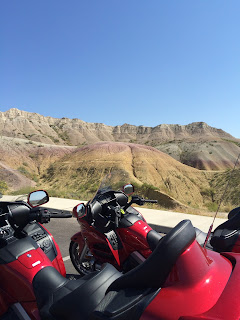 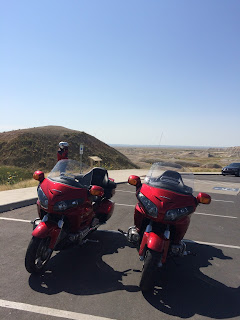 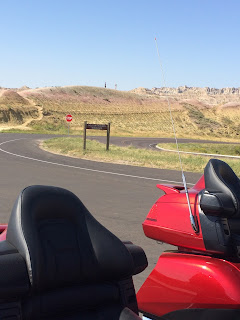 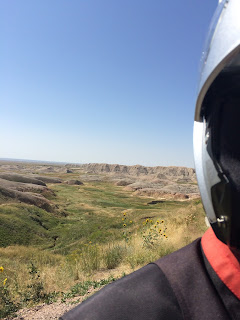 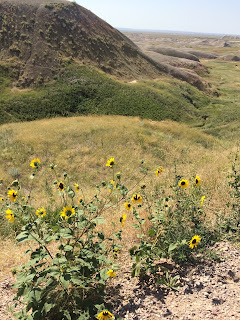 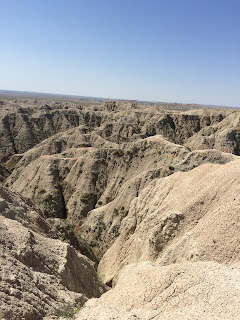 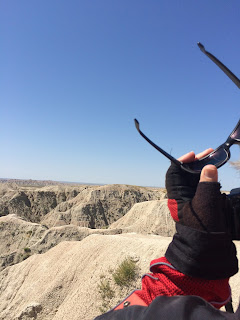 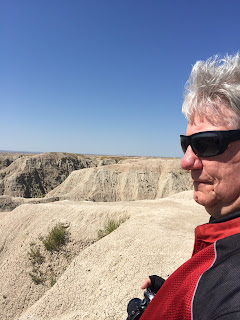 After the long haul along #44, with no services along the way, I was fading fast and asked to stop at the first spot that looked halfway decent.  We weren't quite to Green Valley and it was the only store at that spot - they had one bowl of soup left, and a ham sandwich.  They went well with some iced tea and lemonade.  Rejuvenated, we were underway again, headed towards Custer State Park and the nice twisty roads there.  Even tight, 5-mph switchbacks.

Finished the day in Rapid City SD, with a glorious dinner at the full service restaurant at the hotel.

Another day dawns, we decided to head out intending to get coffee and breakfast about an hour out. Turns out to be lots of slow construction traffic and three hours before we find a place for coffee.  It was a very nice place!  In Lead, SD - Lotus Up Espresso & Deli.  Beautiful breakfast panini's and robust coffee.

Headed out for Spearfish Canyon Scenic Byway - from Spearfish to Cheyenne Crossing.  We have been on the stretch before and wanted to ride it again.  Still gorgeous!  We rode it both directions :)

Following the green dotted roads from the Rand McNally, we headed out south on #85 to Newcastle, then west on #420 from there.  This is through a national grassland with its wide open vistas and hardscrabble ranchland.  The road was literally, littered with either rabbits or prairie dog carcasses - likely both.  Hot, hot, hot, and windy.

While we were waiting for a light to turn, my bike read 41* C.  We waited and waited, through two complete cycles for all the other lanes.  There was a car behind us and we moved up and let him snuggle up to try and get the sensor working.  No such luck.  We ended up turning left on a red light when the traffic was clear.  Sheesh. 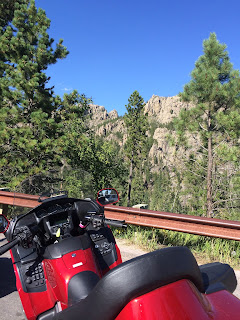 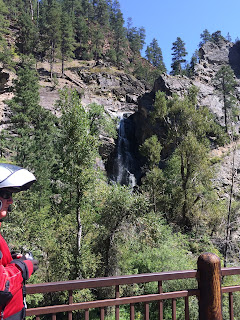 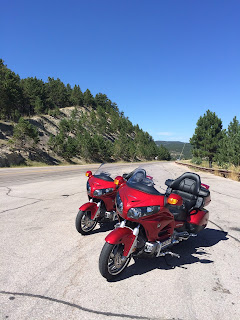 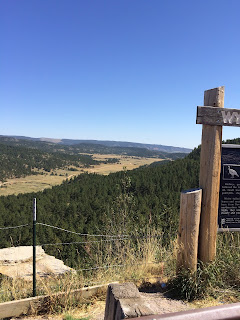 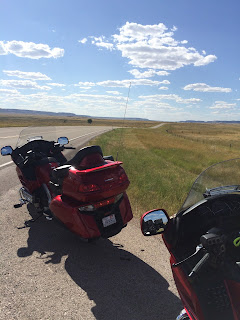 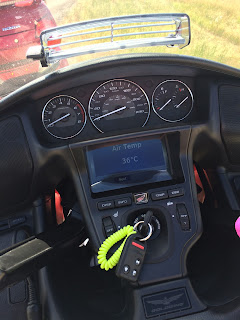 Along #450 through Wyoming, there were huge coal operations we could see along the way - lots of trains - some loaded, some empty, lots of trucks, and the favourite sign sighting of the day ... "warning blast area, orange cloud possible, avoid contact" ... luckily we didn't see any orange clouds!

Up to Gillette for the night, hope to get to Beartooth Pass tomorrow!