February 08, 2015
We had been trying to get away, letting our lives get put on hold for others' schedules.  But we did it!  Got away!

And how do we do get-aways?  Sometimes we drive across the country. Phoenix was our target this trip.  Four days there (google maps says 32 hours, but it's better to fly!).  With all this time in the car passengering, I decided it was a perfect opportunity to 'skin' a quilt I quilted when I first had my longarm.  It was OK, and would have been loved by someone.  But there were puckers and looooong stitches and ungraceful designs.  I liked the fabrics - which is weird because I really didn't think pinks and greens (which were in "Nebula") were in my comfort zone, but this quilt is exactly that!!  A couple of pictures of the terrible stitching ... 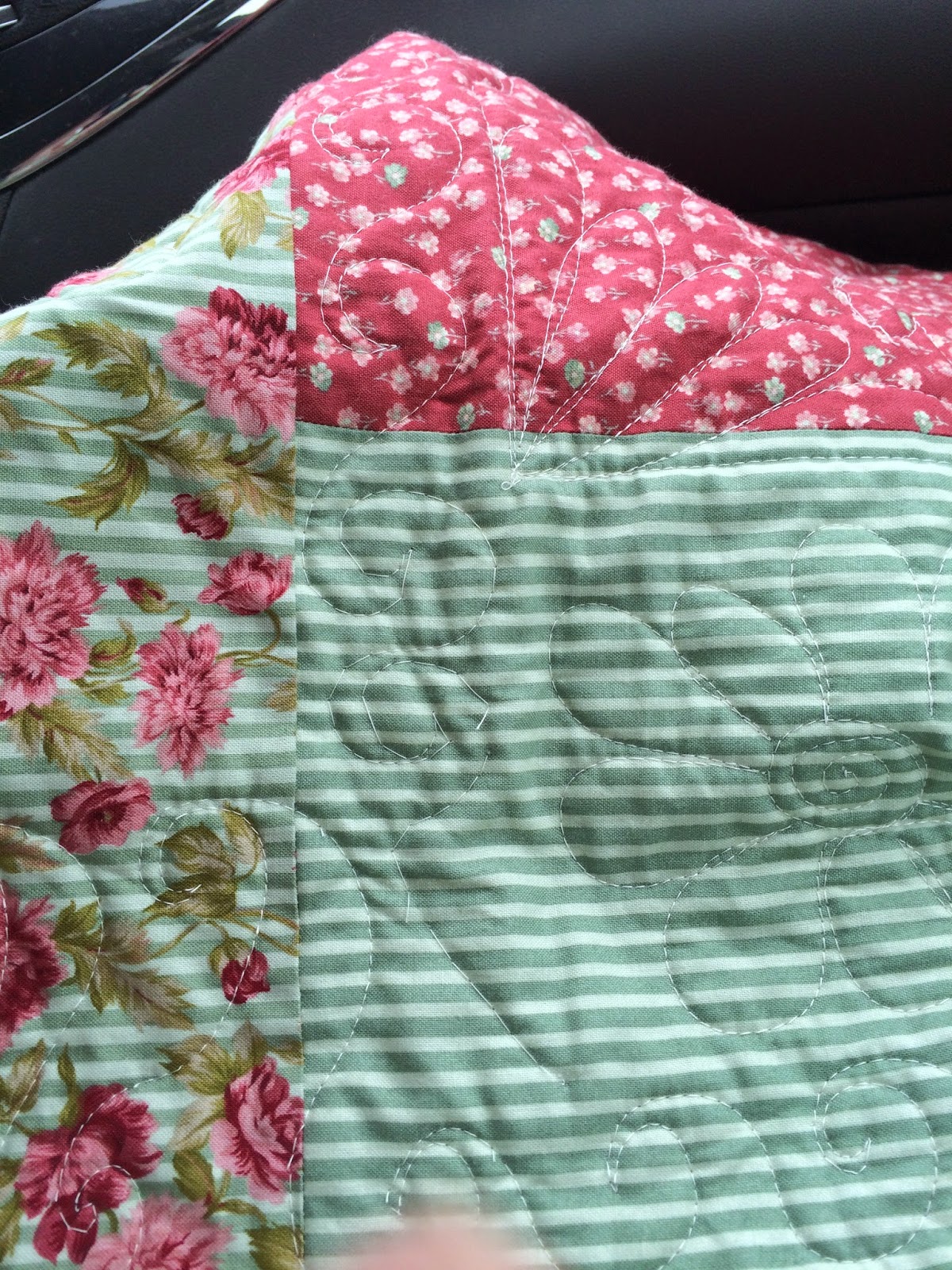 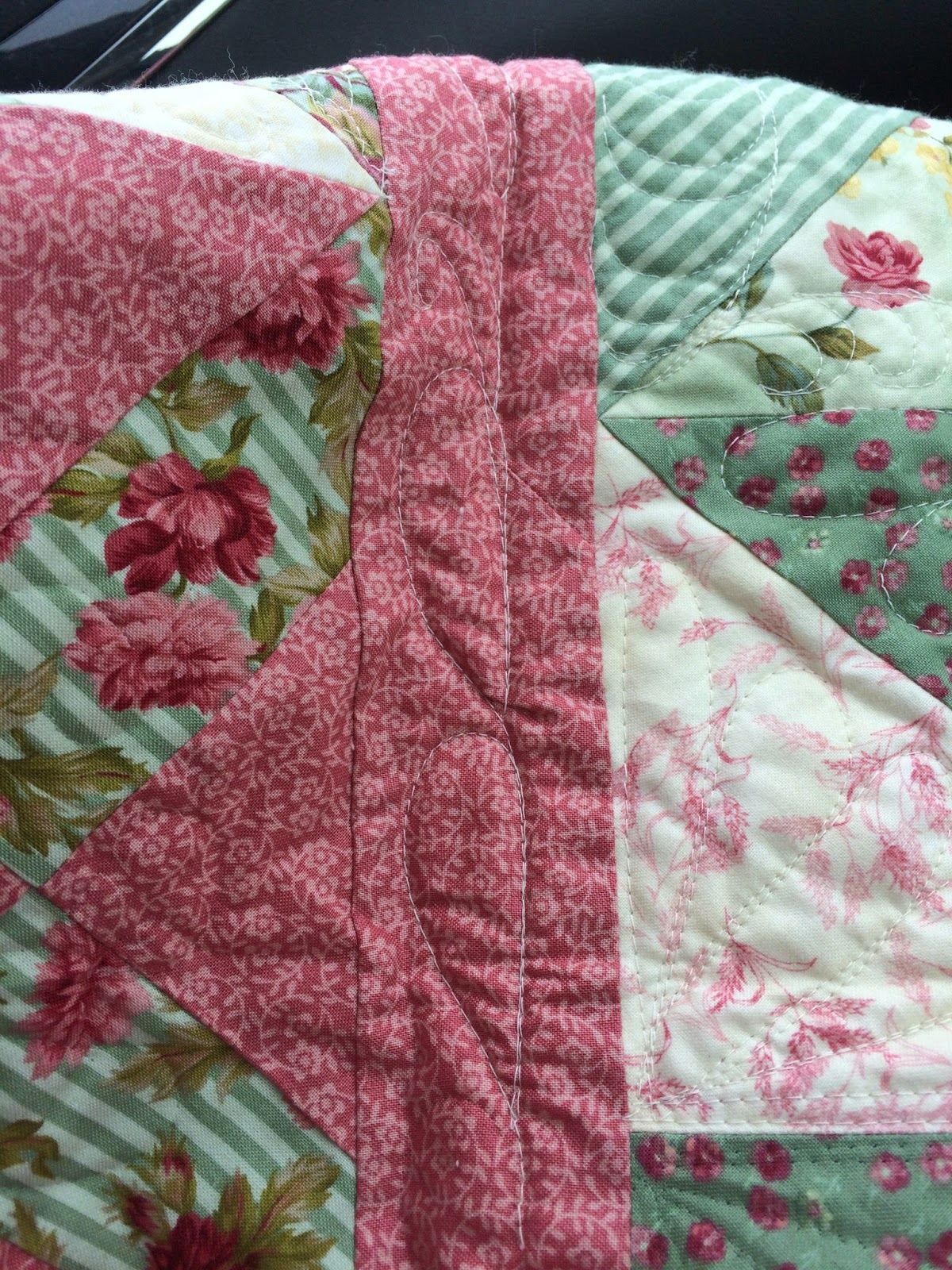 And it's all unstitched!  Ready for some fluffing and to be reloaded and requilted.  Filled the car with lint from the thread!!  Even managed to not slice through any fabric while 'reverse sewing'!

Of course we found snow, being January and all.  In Texas and New Mexico. Not sure how they managed it but traffic was at a standstill for miles and miles - somehow they had gigantic swaths of chunks of ice on the highway.  Shakes the vehicles to bits to go over very slowly - can't imagine what would happen hitting these at high speeds.  Lumpy, bumpy spots.  They had plowed but somehow ended up with a mess.  Interstate 40 has many stretches of long, straight, straight, straight stretches. 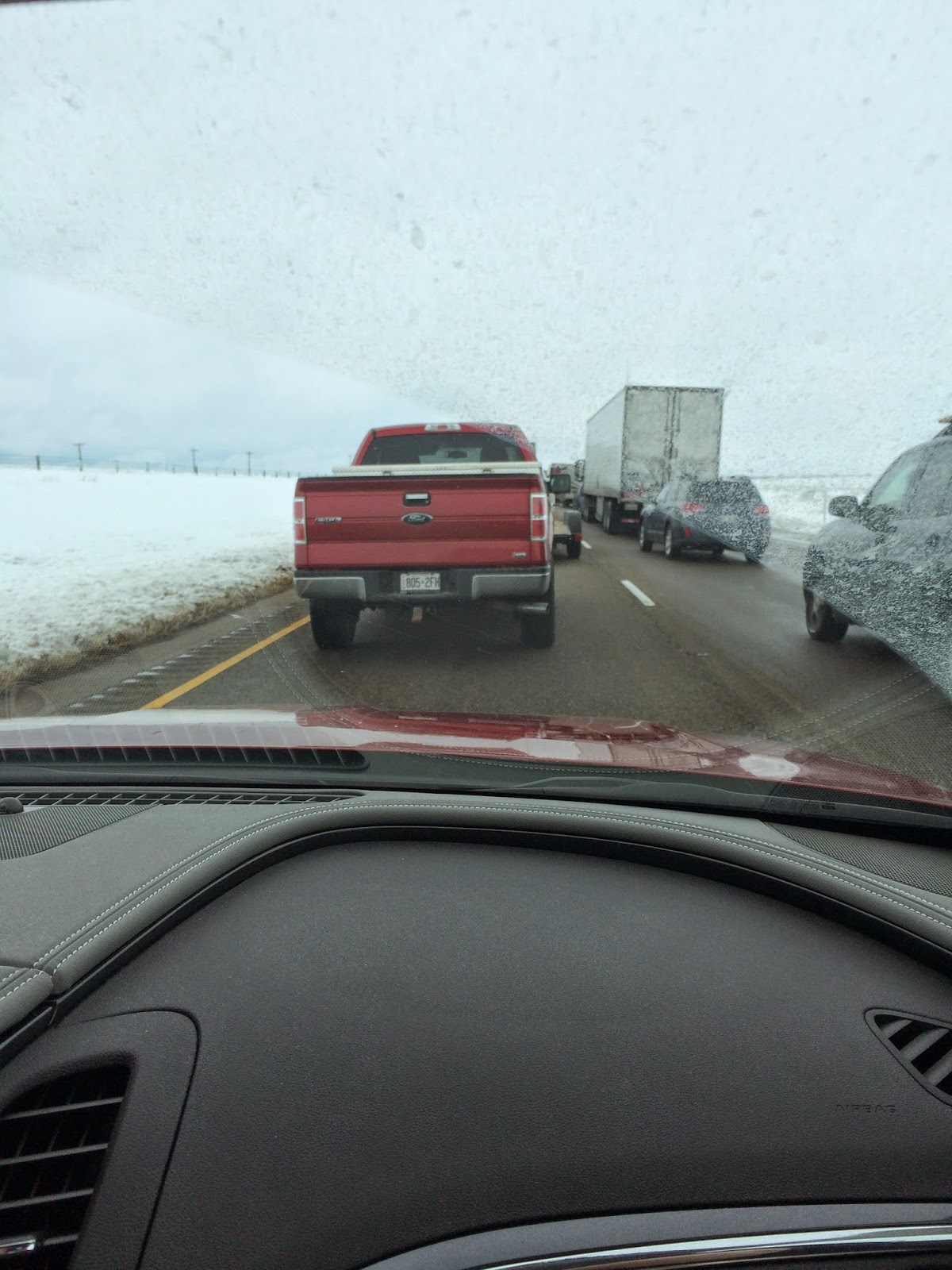 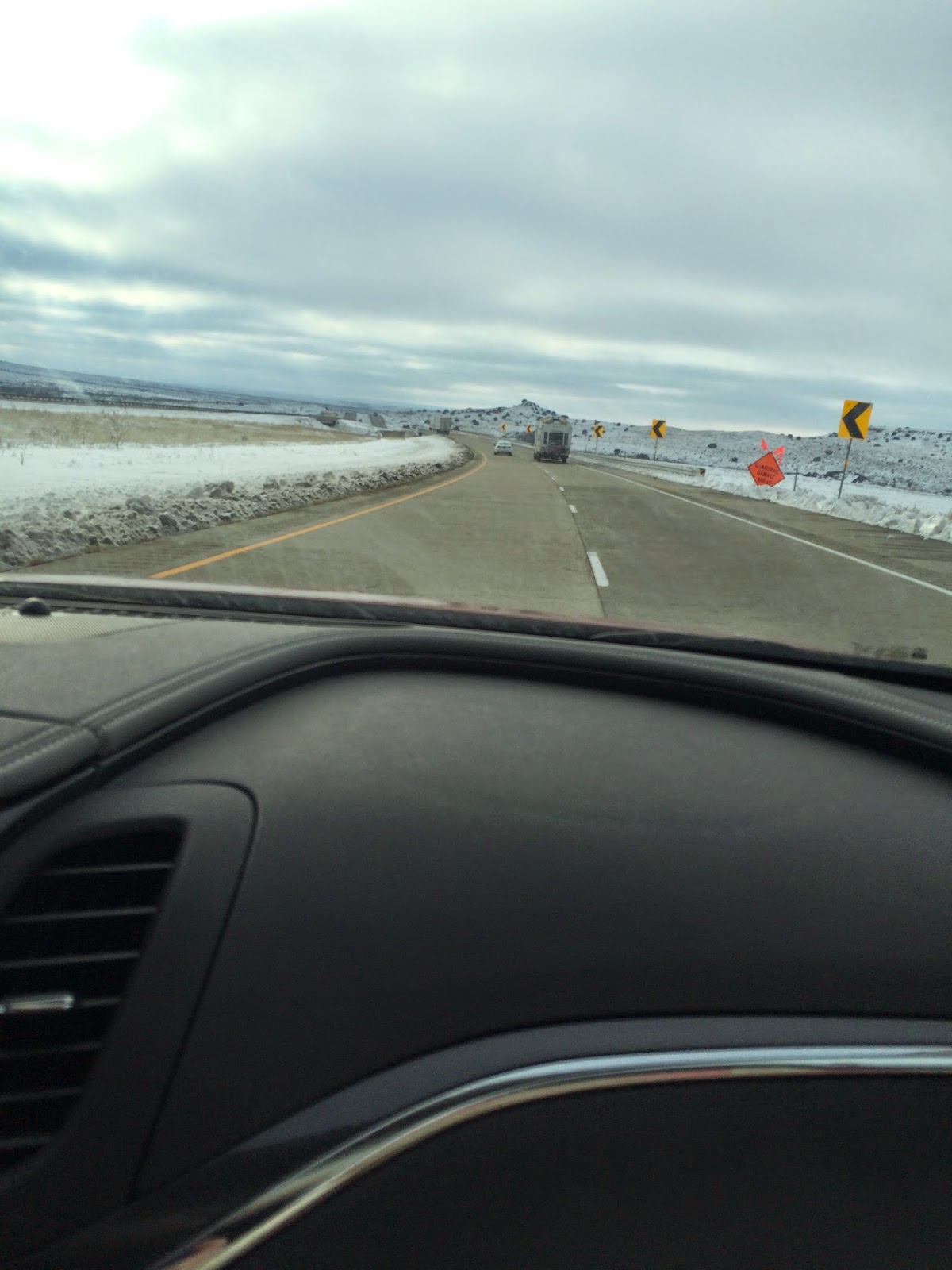 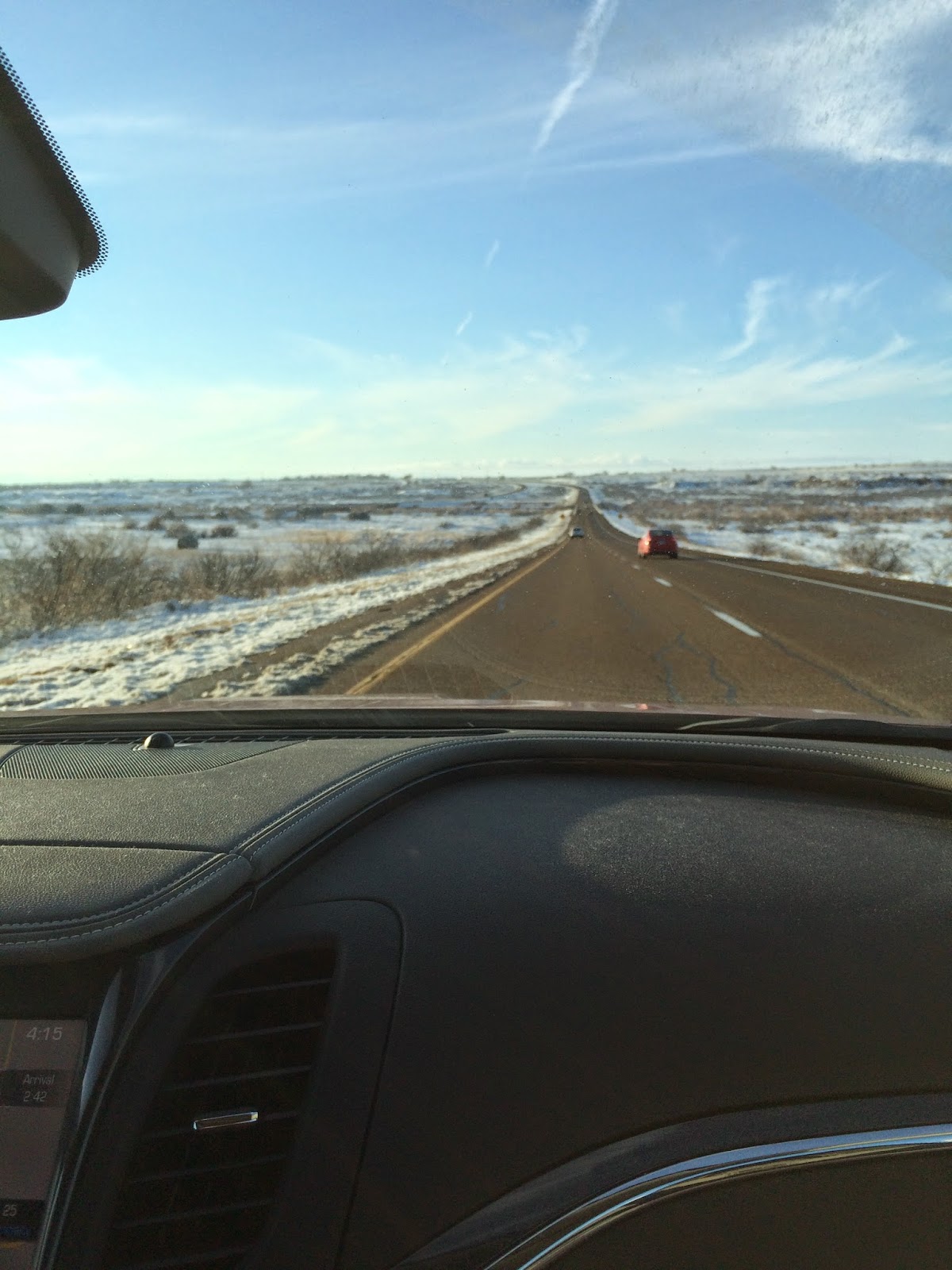 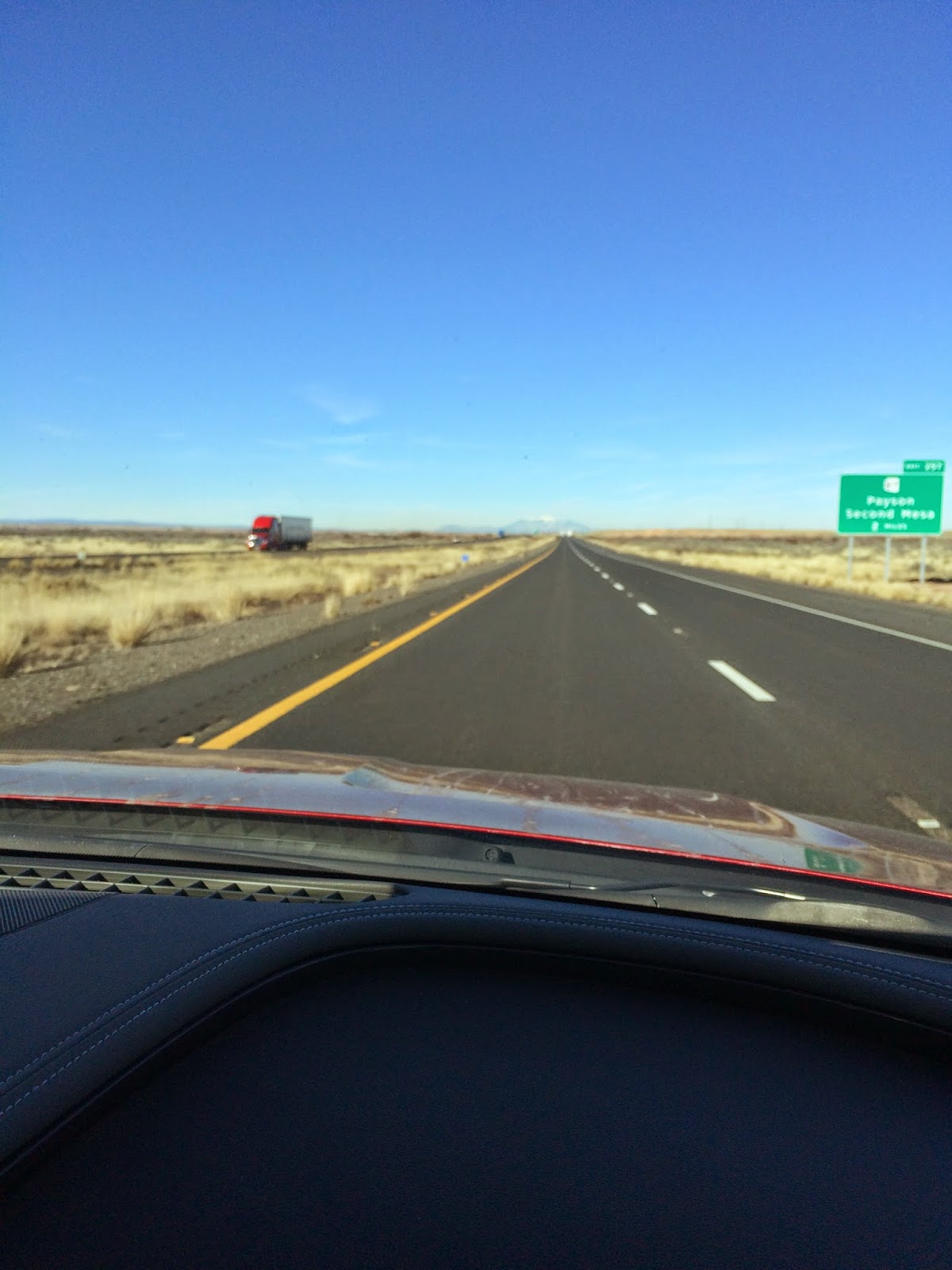 We took a break at the Meteor Crater park between Holbrook and Flagstaff Arizona.  We had started seeing blobs of very different kinds of terrain - turns out they were what the meteor threw out of the crater.  Very nice museum and tour.  Nice break from all the sitting in the car. 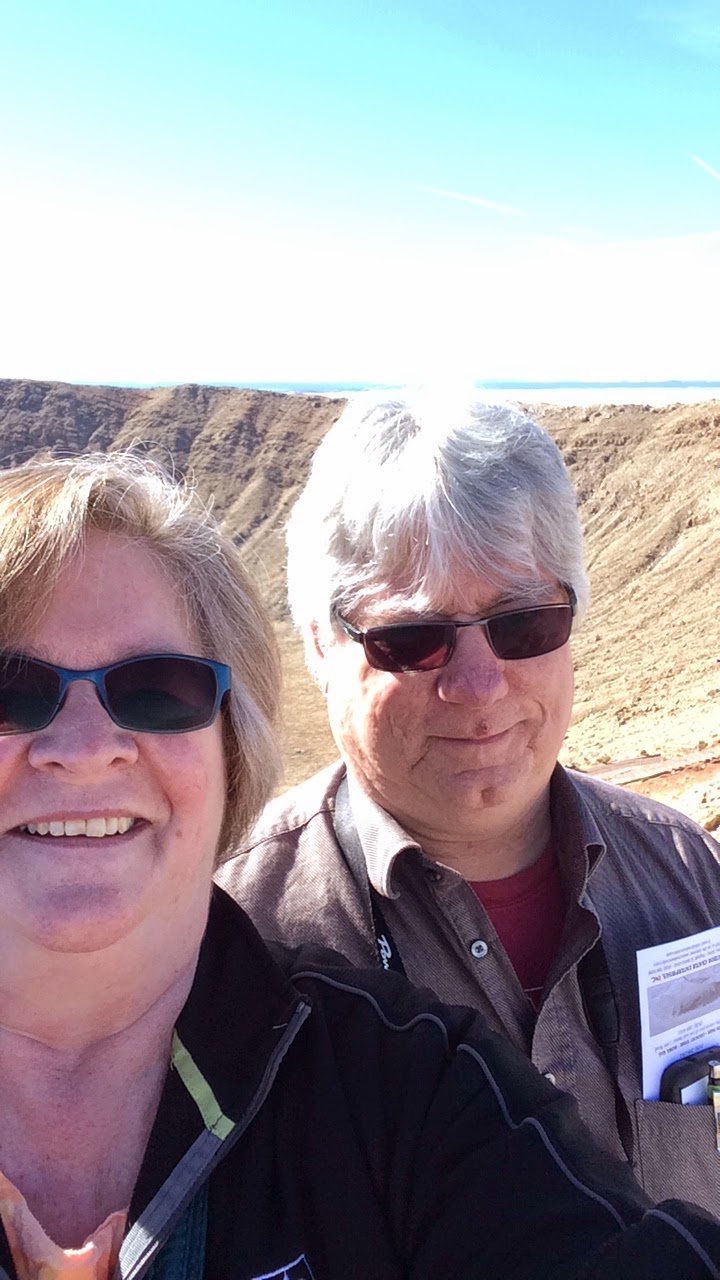 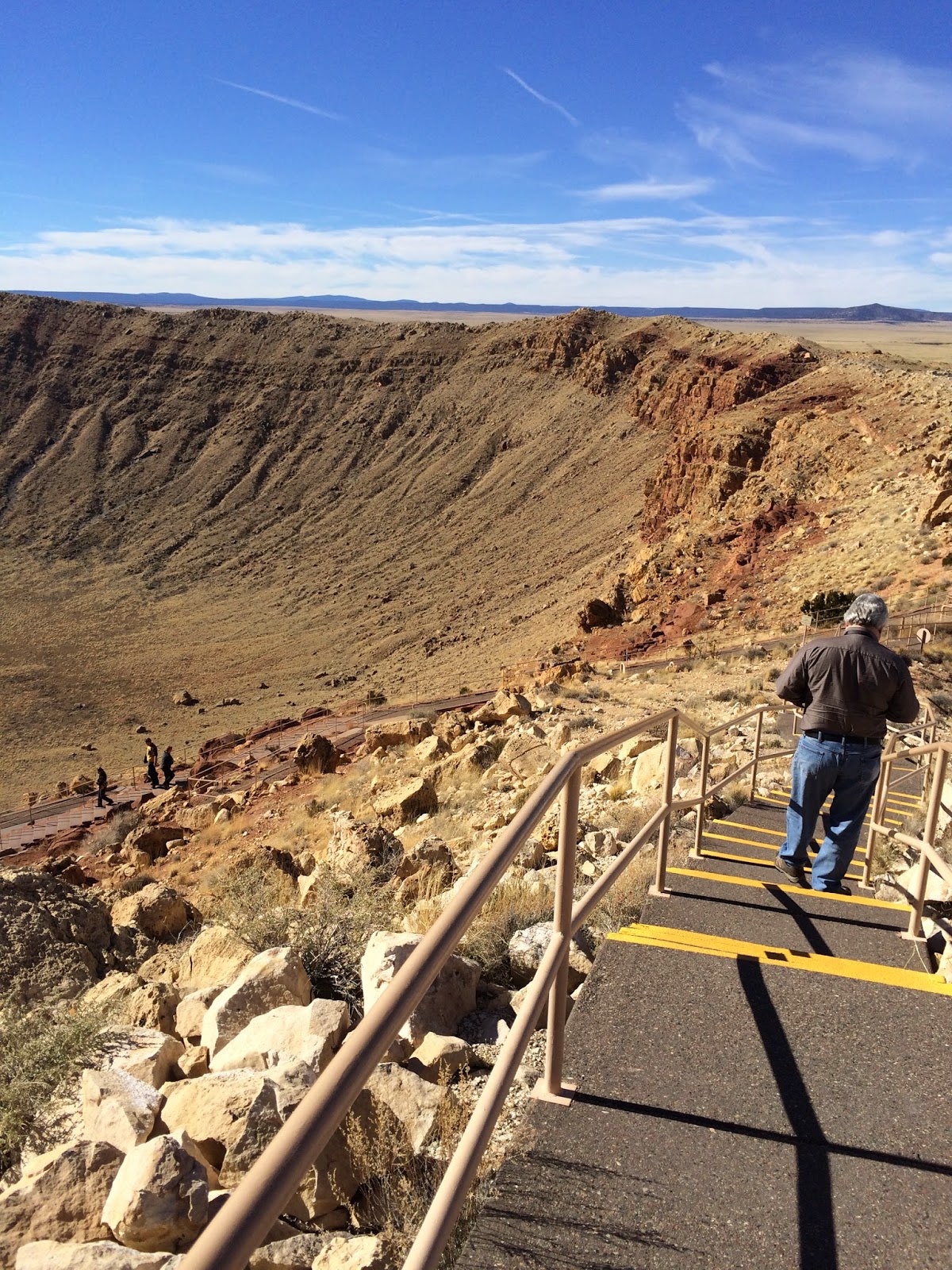 We spent a few days in Peoria, played a round of golf even.  Fortunately the fellows who got paired with us were patient!  This was our lunch - mine was a delightful caprese salad sandwich with garlic-parmesan fries, Don's was a southwestern wrap.  Very yummy :) 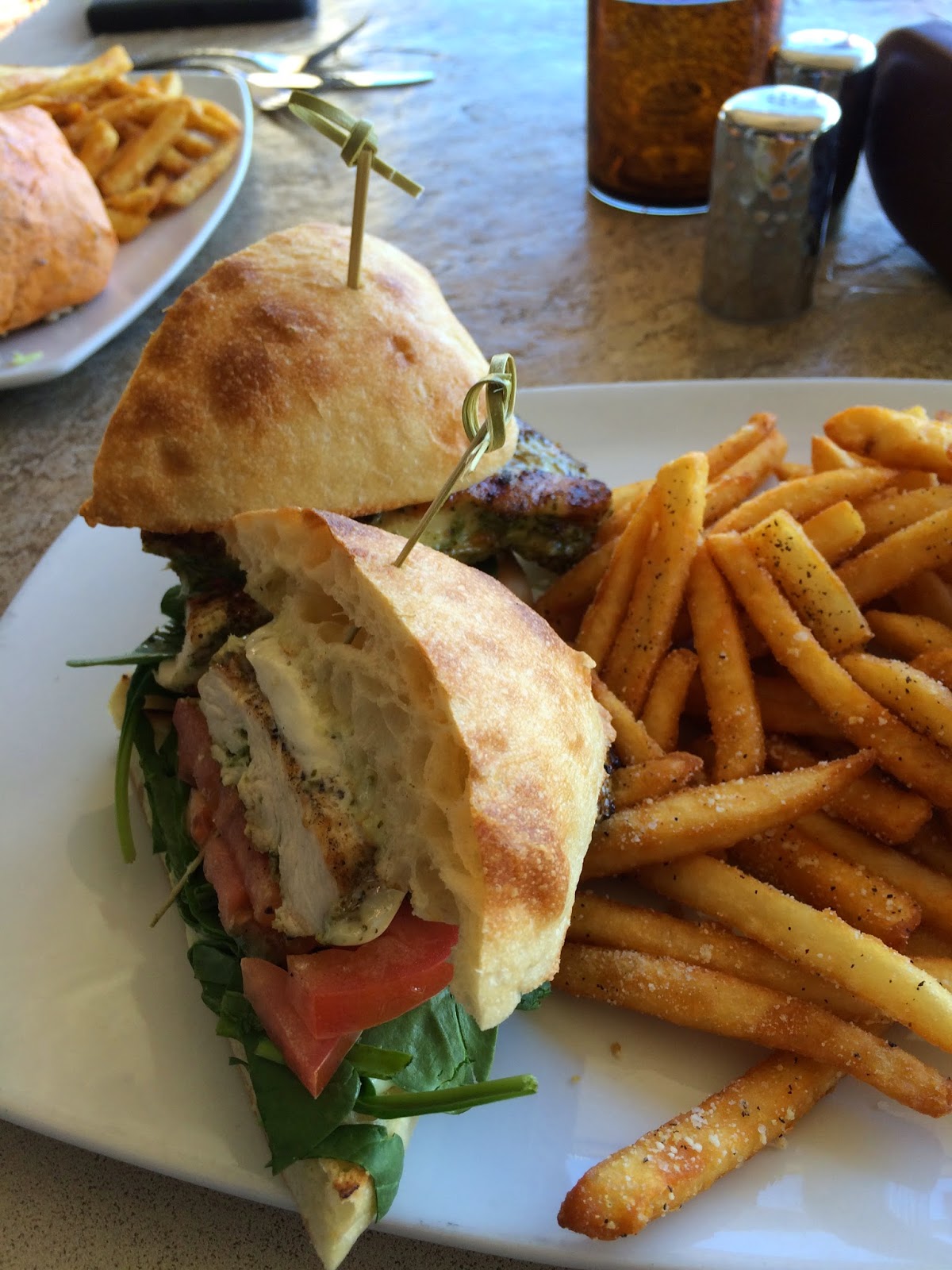 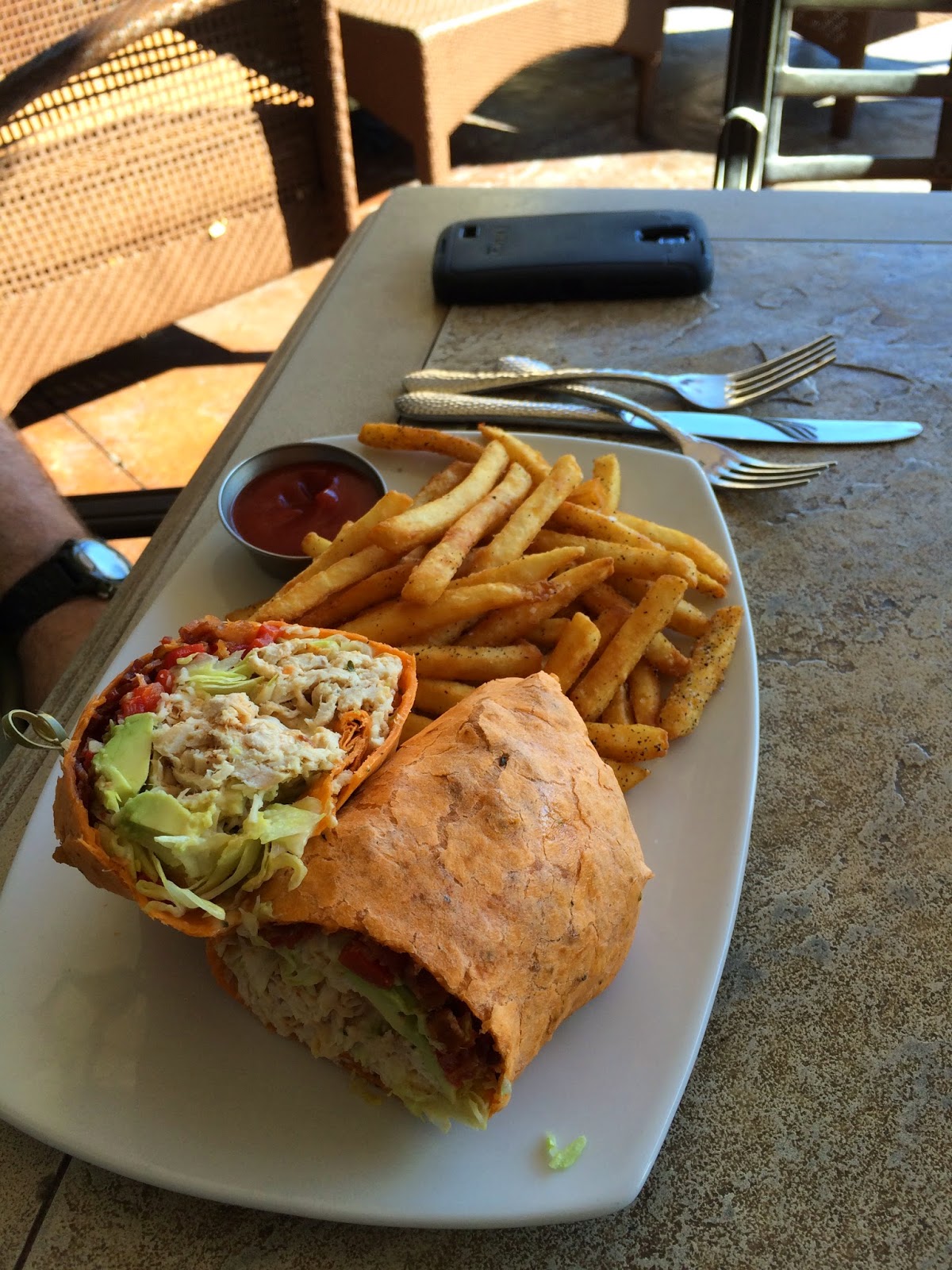 Later in the week we treated ourselves to this sinful dessert - skillet chocolate chip cookie with ice cream.  Looks like we liked it! 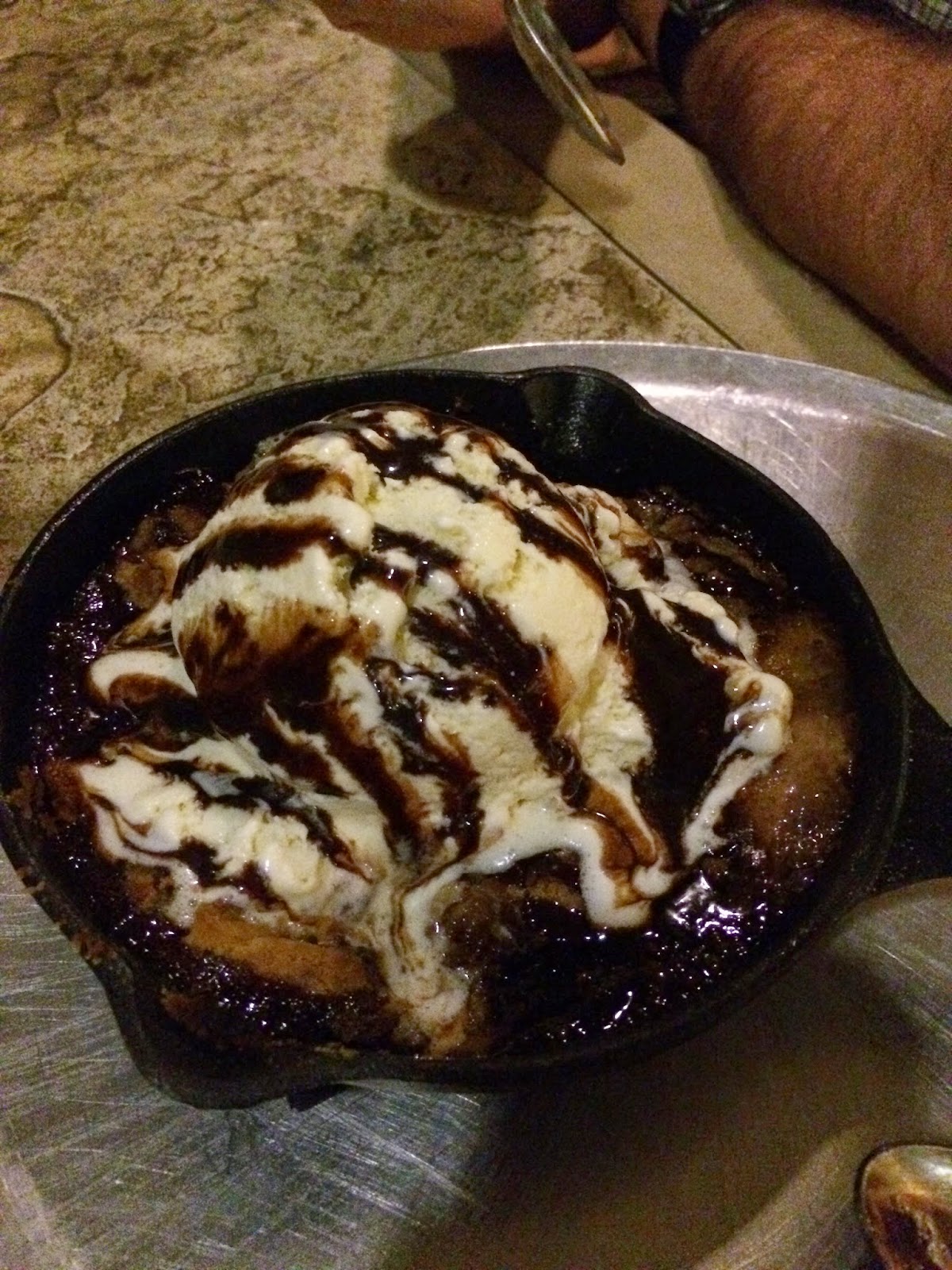 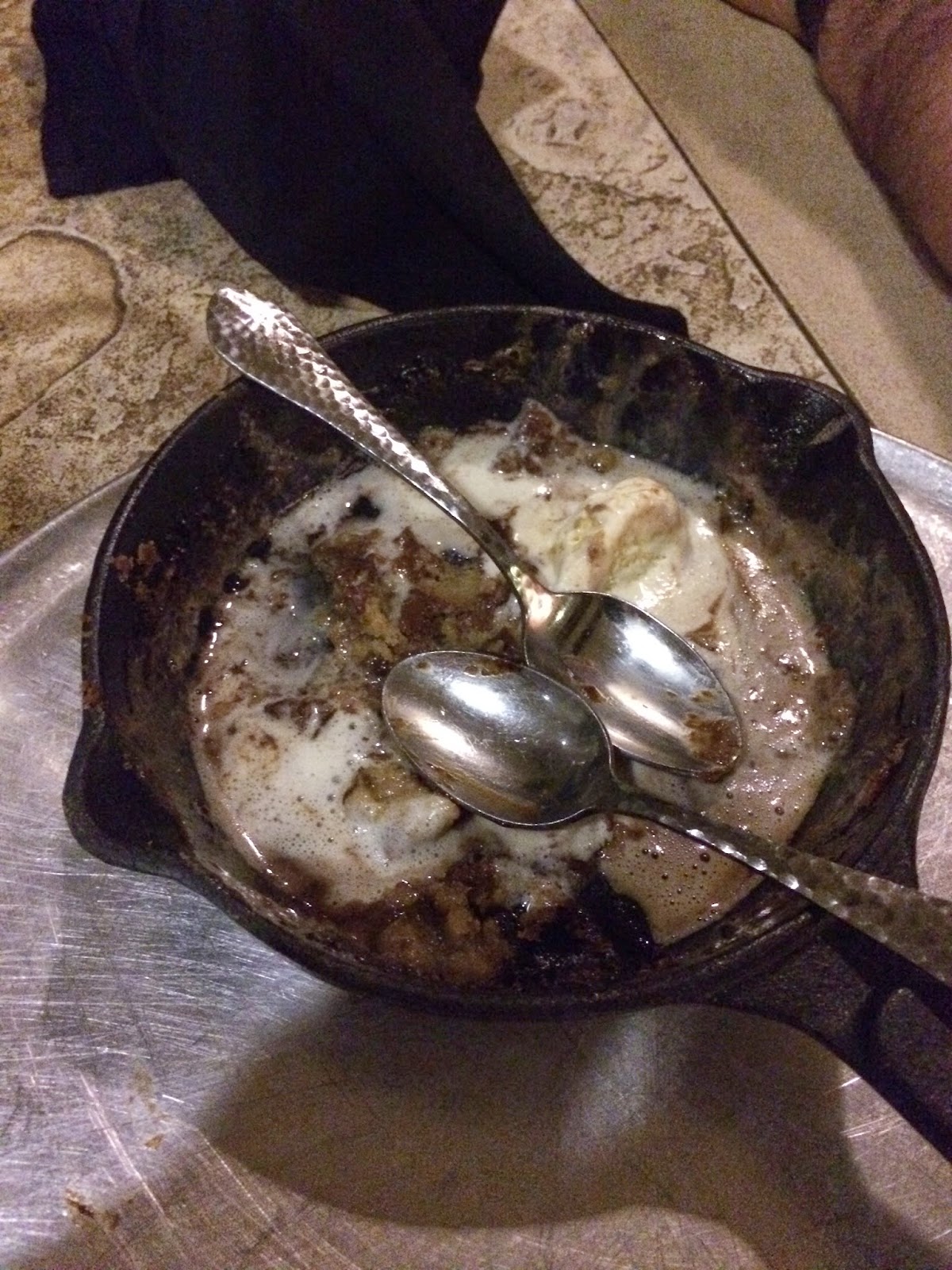