11 hours in the saddle, temps from 32 C in the National Monument park to 8 C coming through Independence Pass. Arrived at our destination (Buena Vista) late enough that all the restaurants were closed for the night - supper from the vending machine! Just like home, sidewalks rolled up at 9 :)

Two accidents to wait to get cleared - one SUV that looks like it was started by the (well signed) mowing operation, ended up on its side against a tree in the ditch; another on the way up to Independence Pass - another SUV that fell off the cliff was getting towed back to the road on its way to the wrecking yard.

Three passes today - Independence Pass the highest - 12,094 ft high. On the way up, road goes to one lane around some of the bends, road work where they're putting down tar/chip and the gravel was loose. 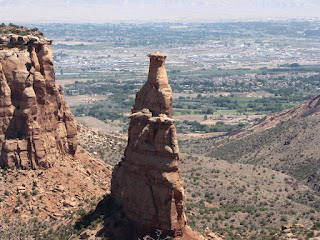 This is in the National Monument (a park - 23 miles of canyon-rim roads with nice sweepers and a few twisties). There were actually people on the top of this structure. 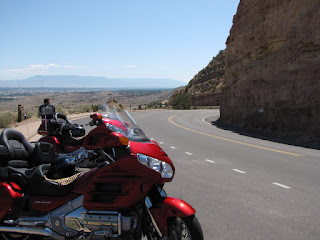 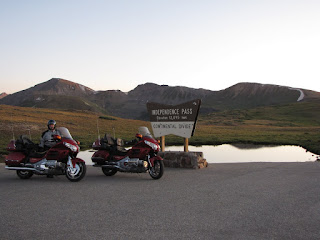